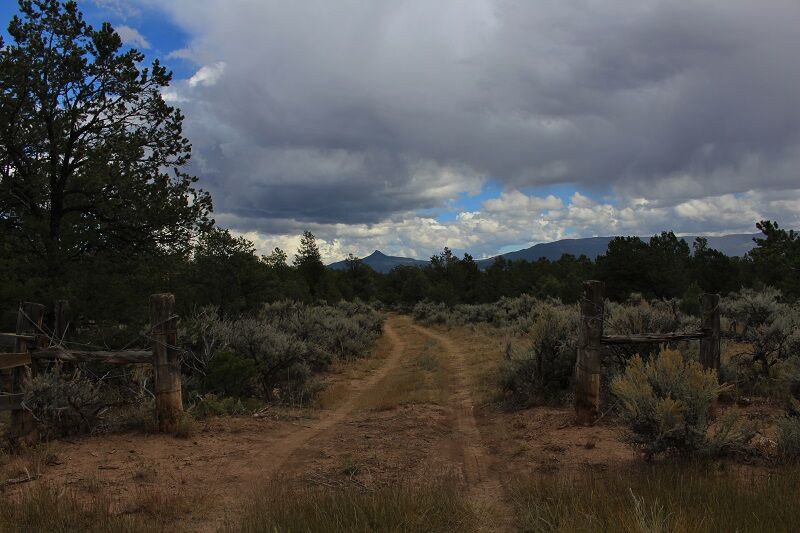 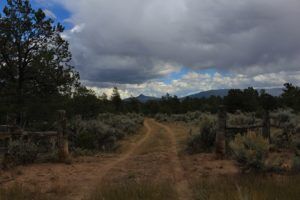 One final spoonful of cheesecake – creamy and fluffy in the cook pot that earlier held the last remnants of the sweet potato and black bean soup with its cumin spices.

The sun was setting. Pink outlined the remaining clouds that had earlier chased us to an early camp with their thunderous rolls and quickly dimming gray, water laden, threatening and billowing clouds.

Bellies overfull. Too much water in the soup required us to each consume two cups. We counted the second cup as a hot drink but wouldn’t, couldn’t reduce the ample supply of the above mentioned and consumed dessert. That would just be sacrilege in the backcountry to not eat dessert.

Getting up was painful.

Our camp tucked away from cryptobiotic soils is nestled beneath limby pinion pine and a littered floor of cones fully opened but not one pinion nut remains. The needled floor provides a soft bed for the tent but little room for the extending vestibule. To the northeast the canyon falls away steeply despite the inherent conclusion that a rock could be thrown and hit the contrary wall rising another 1,000-feet to the mesa top. Striations add a glow to the sagebrush forest openings and the sandy territories which have replaced the leaf litter and decomposing earthy scented soils of this morning.

Behind and to the southwest sits the wilderness we descended from last night. Nearly 3,000-feet higher than where we sleep tonight. The wind is undoubtedly cooler and more robust at that higher elevation.

The bugle of elk has been replaced by the soundless ramble walk of tarantulas. Flowing gurgling waters are replaced by unseen crickets. Thick forest is replace with hatless nights and warmer fingers. The moon has transitioned to nearly half and will set in the wee hours of the morning. We sleep contently and quietly in these darkest hours when the stars grow brighter and twinkle without notice or concern.